Since this is my first blog post, I decided that I better start with the neutral topic of homosexuality as to not ruffle any feathers.  Now, let me first say that I am not and have never been homosexual, but I did kiss a girl once (twice) so I feel like I get a pass to speak freely about this.

I remember sitting in the car as a 5 or 6 year old in the Taco Bell drive-thru line pondering all of life’s greatest questions when a momentous idea came to me.  Why don’t my parents’ single friends, Rachel and Stephen, get married?!? Rachel, Stephen, and my parents were constantly together and there seemed to be no better friends than the four of them. I quickly submitted this question to my parents and their response is what shaped my views of homosexuality and has helped me become the perfectly alright person that I am today.

Dad (with little to no hesitation): “Because Stephen is gay.”

And… that was it. There was no fanfare, they didn’t sit me down to talk about social politics, and they didn’t even miss a beat in ordering our delicious and nutritious meal.  The only thing that this changed was that I suddenly felt as though it would be appropriate to start referring to him as Gay Uncle Stephen, which never seemed to offend him.

So how has this shaped my views on homosexuality nowadays?  Well, to me that question is equivalent to asking “how to do you feel about pyramids?” or “how do you feel about Italians?”  Homosexuality is just an adjective to me, like pointing out that someone is a brunette or ugly. Would I go to a pride rally? Sure, I guess, but I would also go to a rally for ice cream, so I’m not sure what that says about my character besides the fact that I like most ice creams and most homosexual people I have met. Most importantly, God is better than me in every single way and I’m self-aware enough to know that I have zero room to judge anyone.  A preacher at my local church recently said “don’t use the law of God to hurt the people that God loves.” Plus, I’m very busy trying to figure out what sins I have committed in the past hour and asking God to pretty pretty please forgive me…with sugar on top.

Overall, if you want your child to be perfectly alright, give them a taco, don’t make a pervy joke about said taco, and tell them what the word gay means. That’s it. Pretty simple, eh?

Bonus story: Gay Uncle Stephen used to wear leather jackets frequently and when I asked my dad about this, he said “all gay men wear leather.” As an adult, I don’t feel comfortable disputing this statement.

One thought on “The Gays” 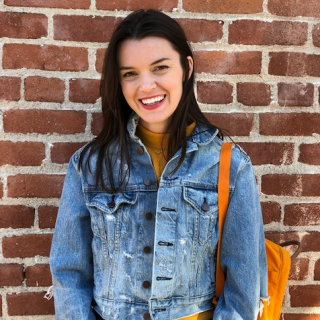